In May 2008, the United States was already months into the Great Recession, although most Americans weren’t yet feeling the pain.

Thousands of homeowners were defaulting on subprime mortgages they couldn’t afford — or even understand — and some of the nation’s largest financial instutions were wobbling like towers built of Jenga blocks.

The national awakening came in September 2008, as Americans watched grim-faced government and political leaders scramble to shore up big-name banks with taxpayer-funded bailouts. In the St. Louis region, thousands of residents were facing foreclosure, and Chrysler was closing its Fenton-based minivan plant and laying off thousands of autoworkers.

Many Millennials were already deeply in debt when they graduated college and entered a dismal U.S. labor market that had hemorrhaged 8 million jobs during the recession. Today, they are still seeking financial security. 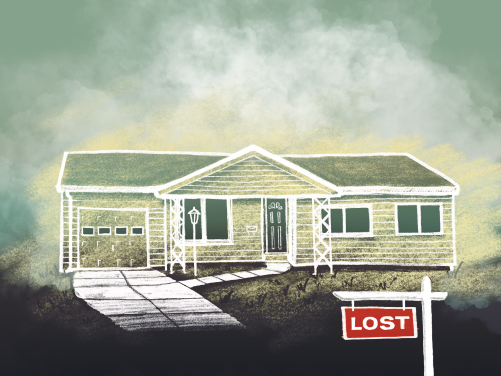 Maureen McKenzie’s American Dream was a small one. Just 900 square feet on a tree-shaded cul-de-sac. Her home joined hundreds of thousands snatched by the foreclosure crisis. "We're still struggling" 10 years later, she says. 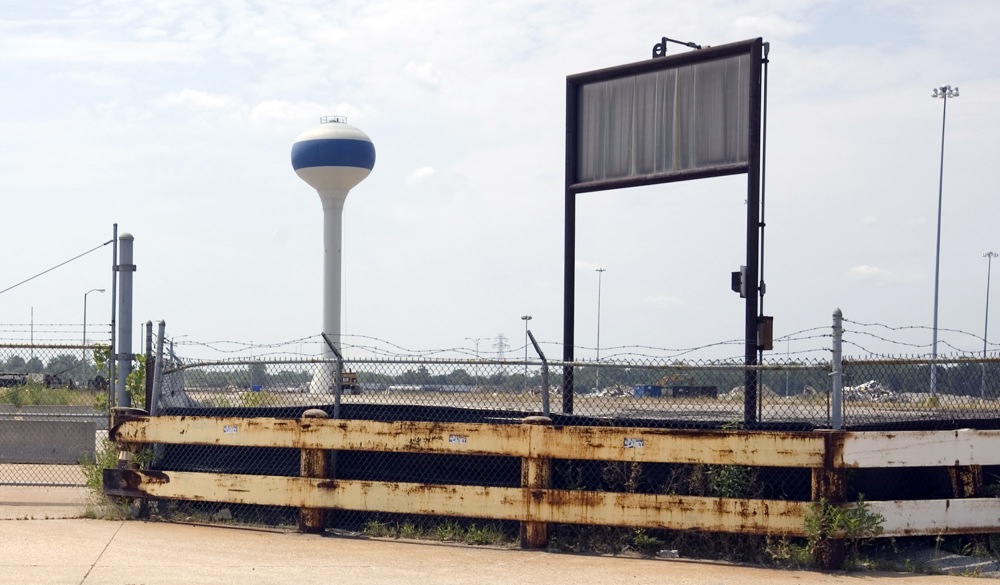 Thousands of autoworkers across the St. Louis region lost their jobs as the Great Recession hit Chrysler and other manufacturers. Some have regained a foothold, but they make less than they once did.

U.S. Steel laid off about 2,000 workers in Granite City in 2008 and halted all steel production in 2015. Now, the Metro East steelworkers find themselves back to work, but in the midst of an international brouhaha over steel tariffs. 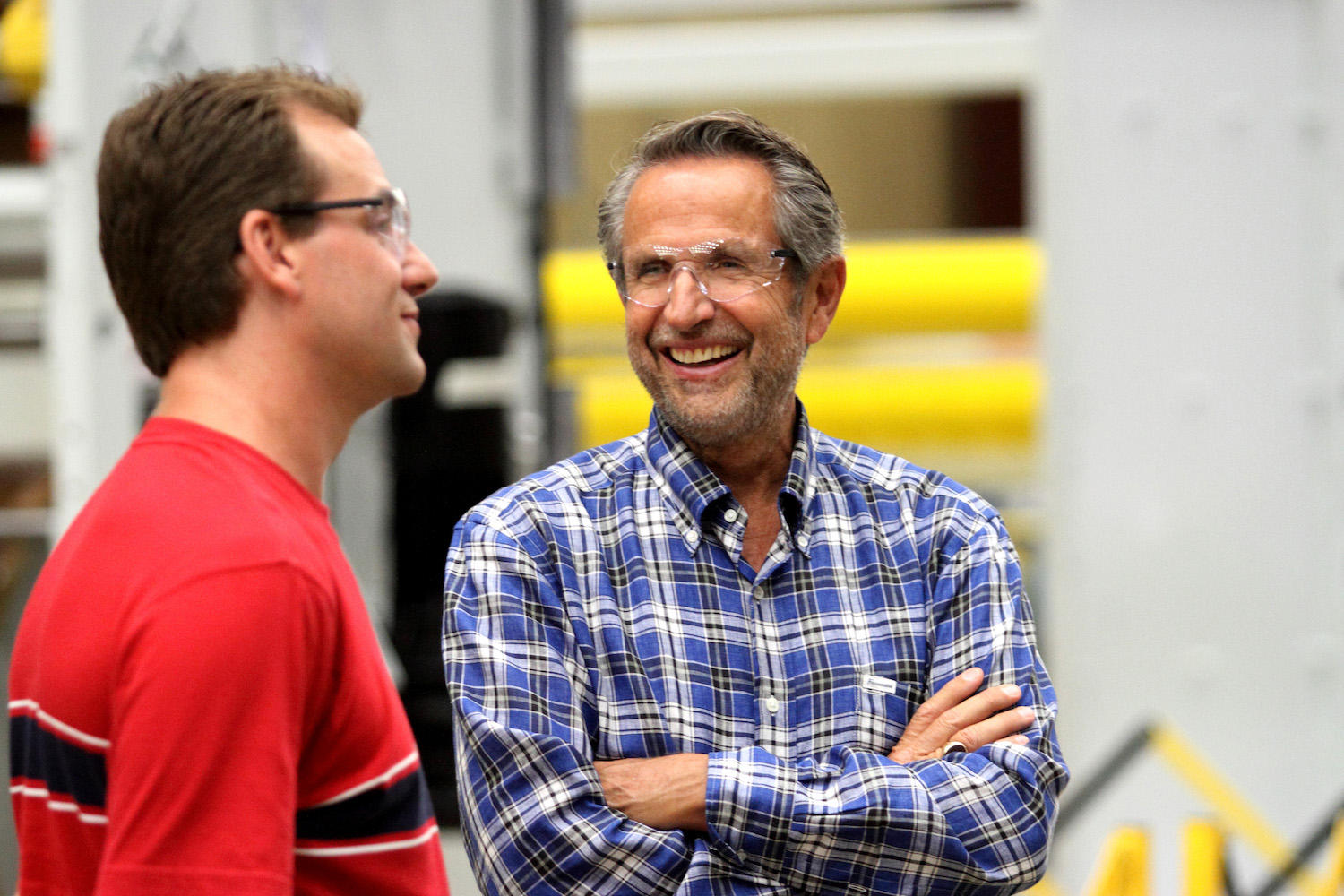 When 40 percent of Barry-Wehmiller's product orders evaporated in early 2009, CEO Bob Chapman doubled down on the manufacturer's people-first business model and mandated company-wide furloughs to save laying off a single employee.

10 years after the Great Recession, millennials still struggle to catch up with the economy

Many Millennials were already deeply in debt when they graduated college and entered a dismal U.S. labor market that had hemorrhaged 8 million jobs during the recession. Today, they are still seeking financial security.

Nation rallied around veterans after Great Recession, but many are underemployed 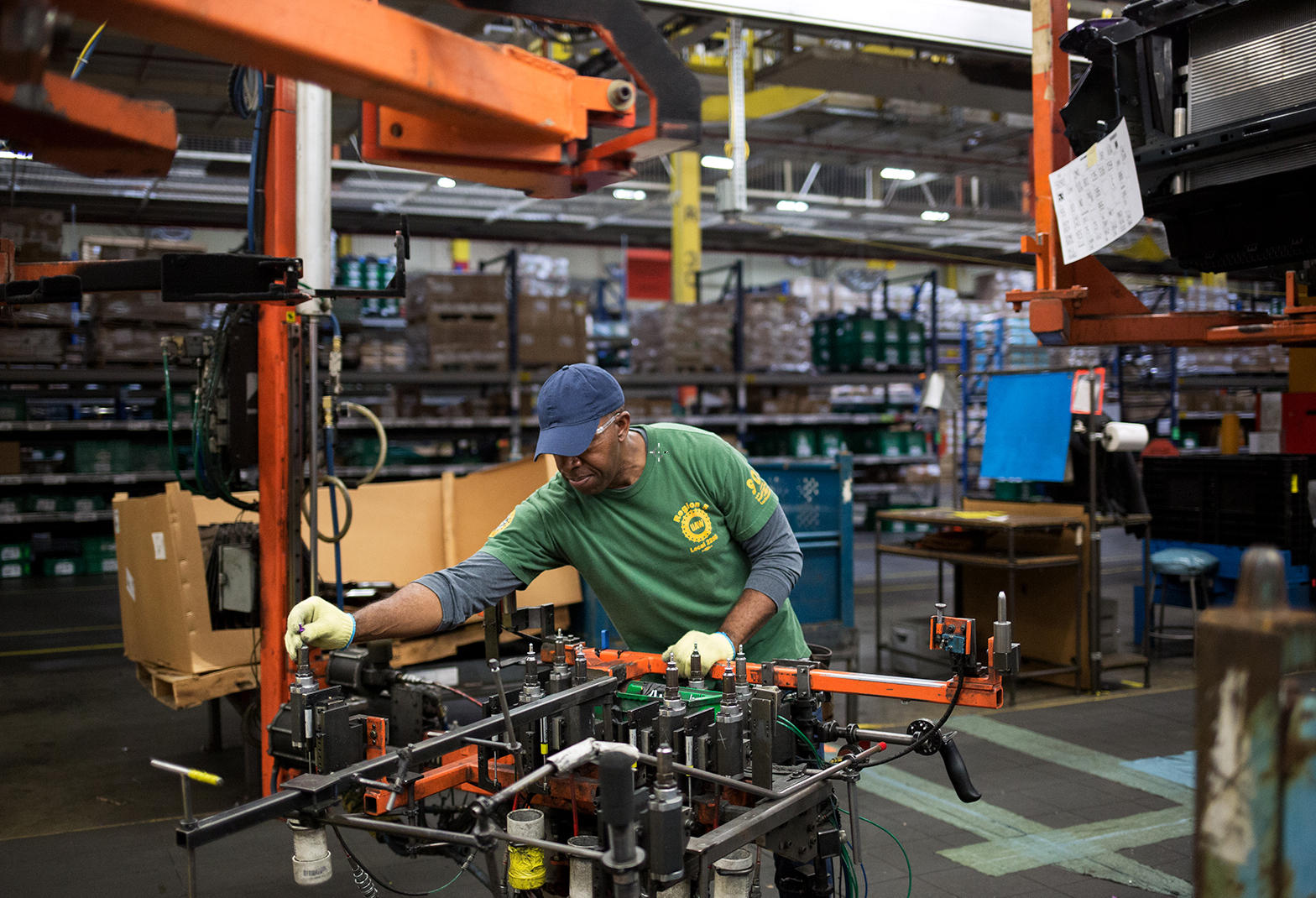 Ten years after the Great Recession, the unemployment rate for the nation’s veterans is lower than ever, but some analysts estimate that about one-third of veterans are underemployed for their skill levels.

Granite City is making steel again, but many are still struggling this holiday season 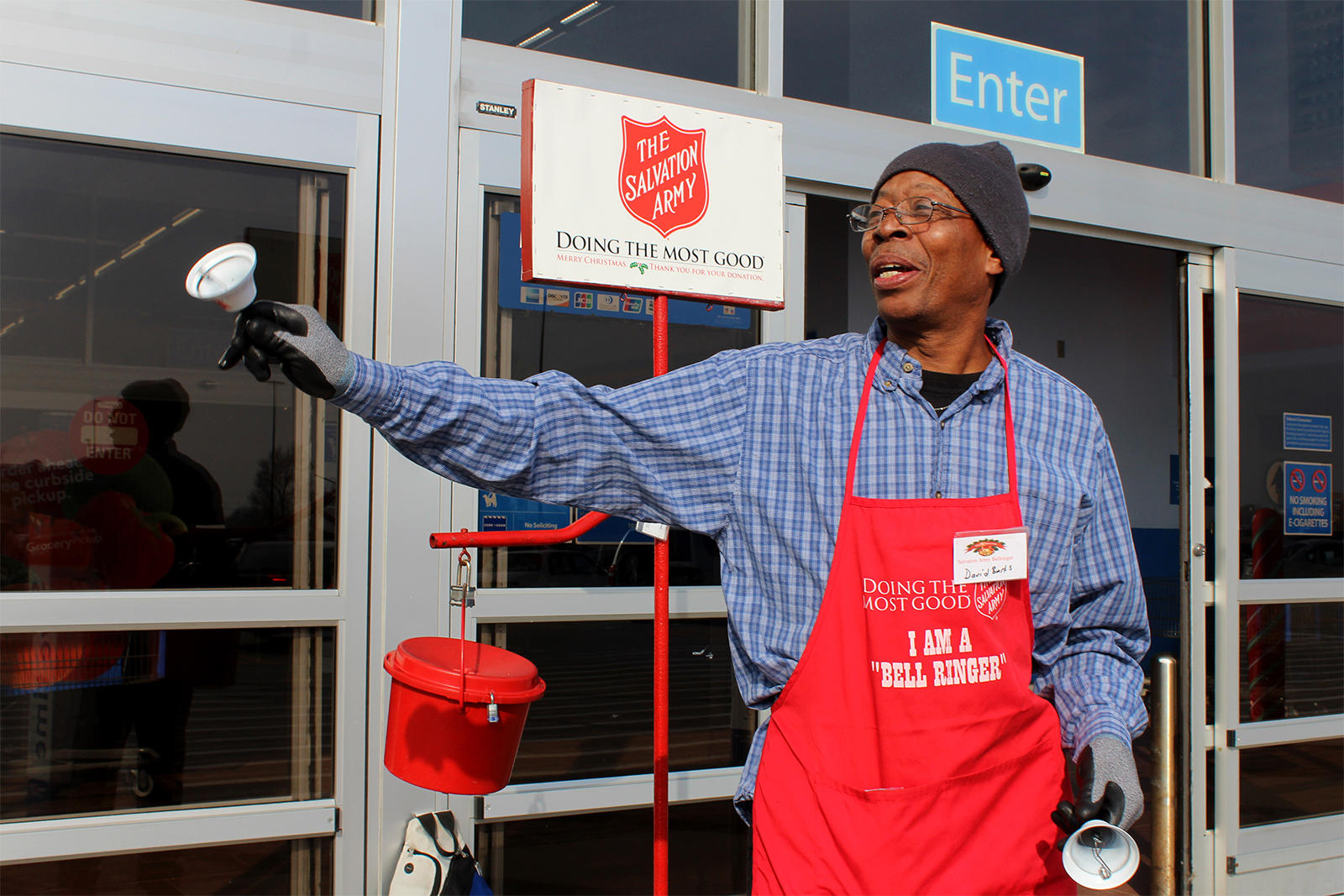 Plans to put 1,500 people back to work at Granite City's steel plant has been a relief to many, but the economic boost from the plant’s reopening has yet to trickle down to many in the city who are struggling financially.

Experts would later pinpoint the start of the Great Recession to December 2007 and its end to June 2009. But the pain for consumers began earlier and would drag on far longer. It was the most significant downturn since the Great Depression, and it would spread globally.

In the United States, employers shed more than 8 million jobs, and 4 million Americans lost their homes to foreclosure. The Great Recession directly disrupted the lives of millions of Americans and altered the future for countless millions more.

A government-sponsored commission would blame exotic mortgages, Wall Street and the failure of regulators for the financial crisis, but members would disagree over whether it had been “avoidable.”

Here is a timeline of some of the key events.

January 25: RealtyTrac, an online foreclosure marketer, reports a noticeable upswing in U.S. foreclosures: 1.2 million filings in 2006, affecting one of every 92 U.S. households. That was a 42-percent increase over 2005. The company pointed to slowed housing sales and ballooning monthly mortgage payments for homeowners who held “riskier” types of adjustable-rate and subprime mortgages.

October 10: A coalition of nonprofits and the lending industry form the Hope Now initiative to assist struggling U.S. homeowners. The U.S. Department of the Treasury and the Department of Housing and Urban Development (HUD) encourage the initiative. Read more

December: The Great Recession begins, although no one knows it yet. (The date would later be determined by the National Bureau of Economic Research, which has been studying business cycles since 1929.) Read more

January 11: Bank of America announces that it will purchase struggling Countrywide Financial in a deal worth about $4 billion.

February 13: President George W. Bush signs the Economic Stimulus Act of 2008 that includes tax rebates to low- and middle-income taxpayers, tax incentives to stimulate business investment, and an increase in the limits imposed on mortgages eligible for purchase by government-sponsored entities (GSEs) Freddie Mac, Fannie Mae and the Federal National Mortgage Association. (GSEs are government-sponsored enterprises that purchase and securitize mortgages from lenders who then use the proceeds to finance more mortgages.)

March 16: Bear Stearns, a global investment bank and brokerage firm, fails and is sold to JPMorgan Chase for $2 per share. The Federal Reserve provides a bridge loan of $12.9 billion to prevent Bear Stearns from collapsing before the sale. Read more

June 30, 2008: Chrysler announces that it will shut down its Fenton-based south St. Louis Assembly plant, which builds minivans, and cut a production shift on its Dodge Ram at Chrysler’s north St. Louis Assembly plant. (The minivan plant would shutter in October 2008.)
The Chrysler closure accounted for a hefty share of regional pain: nearly one-third of the region’s job losses from 2007 to 2010, according to a study commissioned by St. Louis County, the state of Missouri and the city of Fenton. The final tally: 43,000 jobs, when factoring in the impact the layoffs had on suppliers and businesses that catered to its workers. Read more: How the Great Recession wrought life-altering changes for St. Louis area autoworkers

July 15: In St. Louis, KETC-Channel 9 hosts a live call-in show about foreclosure as part of an outreach effort called Facing the Mortgage Crisis.
Maureen McKenzie is among the guests who, standing before the live audience, identifies herself as a foreclosure victim to a panel of experts discussing the mortgage crisis. She lost her American Dream — a 900-square-foot ranch house on a tree-shaded cul-de-sac. Today, McKenzie says it was difficult to go public with her case, but she felt the need to speak out about what was happening. Read more: Economy has recovered, but St. Louis woman's American Dream is still gone

July 30: President Bush signs the Housing and Economic Recovery Act of 2008, creating the Hope for Homeowners program. The $300-billion Federal Housing Administration (FHA) program is intended to refinance subprime mortgages into 30-year fixed-rate mortgages when lenders were willing to write down principal loan balances to 90 percent of current appraisal value.

September 16: The Federal Reserve authorizes an $85-billion loan to insurance giant AIG, the American International Group, in exchange for about 80 percent of its stock. The bailout fuels growing criticism of government intervention to shore up private financial institutions deemed "too big to fail."

September 29: The Dow Jones industrial average plummets after the U.S. House of Representatives votes down the $700-billion bailout legislation. The 778-point fall sets a one-day record.

November 12: In a surprising move, Treasury Secretary Henry Paulson announces that TARP funds will not be used to purchase bad mortgages, after all, but will instead focus on buying stock in troubled financial institutions.

November 18: Executives of Ford, General Motors and Chrysler ask Congress for $25 billion in federal loans for the auto industry.

November 20: Fannie Mae and Freddie Mac announce a moratorium on foreclosures on mortgages between Nov. 26 and Jan. 9, 2009, while they launch a new modification program.

November 25: The Fed rolls out a plan to purchase direct obligations of Fannie Mae, Freddie Mac and Federal Home Loan Banks and mortgage-backed securities backed by the GSEs.

December: U.S. Steel idles its century-old Granite City plant for the first time in its history and lays off about 2,000 workers. The plant would reopen in mid-2009, but halt steel production again in 2015. Now, the Metro East steelworkers find themselves back to work, but in the midst of an international brouhaha over steel tariffs. Read more: Granite City workers in the spotlight as they prepare to make steel again

December 8: Three weeks after InBev acquires Anheuser-Busch, the corporation announces that it will cut 1,400 jobs — about 1,000 of them in St. Louis. Read more

December 19: The Treasury Department authorizes TARP loans of up to $13.4 billion for General Motors and $4 billion for Chrysler.

January 15: RealtyTrac reports that foreclosures rose by 81 percent in 2008, a record-setting 3.2 million filings on 2.3 million properties. One in every 54 U.S. homes had received a foreclosure notice of some type.

February 18: The Home Affordable Modification Program (HAMP) is established to help at-risk homeowners modify their mortgages. The Home Affordable Refinance Program (HARP) is tasked with helping borrowers refinance mortgages owned or guaranteed by Fannie Mae or Freddie Mac. The FDIC announces that there were 25 bank failures and five assistance transactions in 2008.

June: The Great Recession ends, although economists won’t know this until later. It was the longest recession in the U.S. since the Great Depression.

June 30: The U.S. Treasury proposes a new Consumer Financial Protection Bureau. The bill would transfer current consumer-protection functions of the Federal Reserve, Comptroller of the Currency, Office of Thrift Supervision, FDIC, FTC and the National Credit Union Administration to the new agency.

November 9: After Pfizer’s acquisition of Wyeth, the pharmaceutical company announces that it will cut 600 jobs in St. Louis. Read more

October 13: The attorneys general of all 50 states band together to announce an investigation of mortgage-loan servicers accused of robosigning documents. Bank of America, the largest U.S. mortgage servicer, temporarily halts foreclosure evictions. JPMorgan Chase and others halt foreclosures pending reviews.

Jan. 27: The Financial Crisis Inquiry Commission releases its final report on the causes of the financial and economic crisis in the United States. Members of the commission blame exotic mortgages, Wall Street and the failure of regulators but disagree over whether the crisis was avoidable. Read more

April 13: The Office of the Comptroller of the Currency and the Federal Reserve System announce they are taking action against mortgage servicers and third-party vendors for unsafe and unsound practices. Read more

August 2011: The iconic Chrysler water tower in Fenton comes down.

November 1: The Federal Reserve and the Office of the Comptroller of the Currency announce that borrowers who believe they were financially harmed during the mortgage foreclosure process 2009 and 2010 can request an independent review and potentially receive compensation. Read more

Jan. 12: RealtyTrac announces that the nation’s foreclosure activity has slowed for the first time in four years. However, the report notes that filings were delayed because of documentation and legal issues and predicts they would begin rising in 2012.

June 21: The Office of the Comptroller of the Currency and the Federal Reserve announce a framework for compensating victims of foreclosure abuses during 2009 and 2010 under the Independent Foreclosure Review process. Homeowners who wrongfully lost their homes could receive $125,000 or more; smaller awards are set for a range of other violations, including modifications that were improperly denied. Read more

St. Louis Public Radio is a service of